A renovated and technically enhanced auditorium and backstage, as well as upgraded public spaces, will transform the college’s main performing arts facility into a more attractive, better functioning and safer venue for audience members, staff, and performers.

Dramatic yet simple alterations to the existing glass enclosed lobby will make it an inviting beacon to the surrounding campus. New sound and light locks at theater entrances will enhance enjoyment of performances. New restrooms are creatively fit within a limited footprint.

Inside the theater, new finishes, seating, and house lighting will improve the audience experience and longstanding code and accessibility issues will be corrected. The replacement of theatrical lighting and sound systems will bring the Performing Arts Center to modern standards, and the correction of deficiencies to the rigging system will make the system much safer to operate for both theater professionals and student trainees.

The 700 seat theater is brought into code and accessibility compliance. The scope includes cosmetic improvements and major upgrades of theater technology.

The existing theater lobby is bland and featureless.

A red “information box” is the focal point of the lobby transformation.

A feasibility study was for two performing arts venues was completed in 2014 (28,000 sf total, estimated $10M), and included the 709-seat Performing Arts Center and a 300-seat lecture hall/performing arts facility in another building. Both facilities had substantial code and accessibility violations, worn and dated finishes and lighting, inadequate bathrooms, safety issues, and out-of-date theater equipment. SYA led a large team, including Auerbach Pollock Friedlander theater consultants, in a comprehensive feasibility study that included intensive existing conditions analysis and a wide range of upgrades that addressed compliance, cosmetics, and mechanical and equipment upgrades. The result was a overall master plan of improvements that could be implemented over time as resources became available. 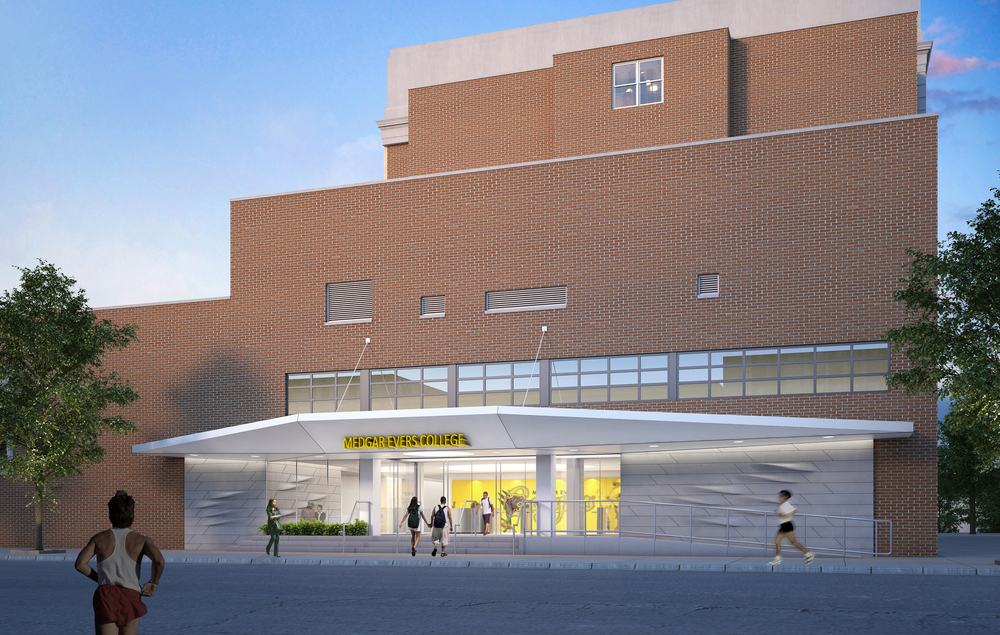 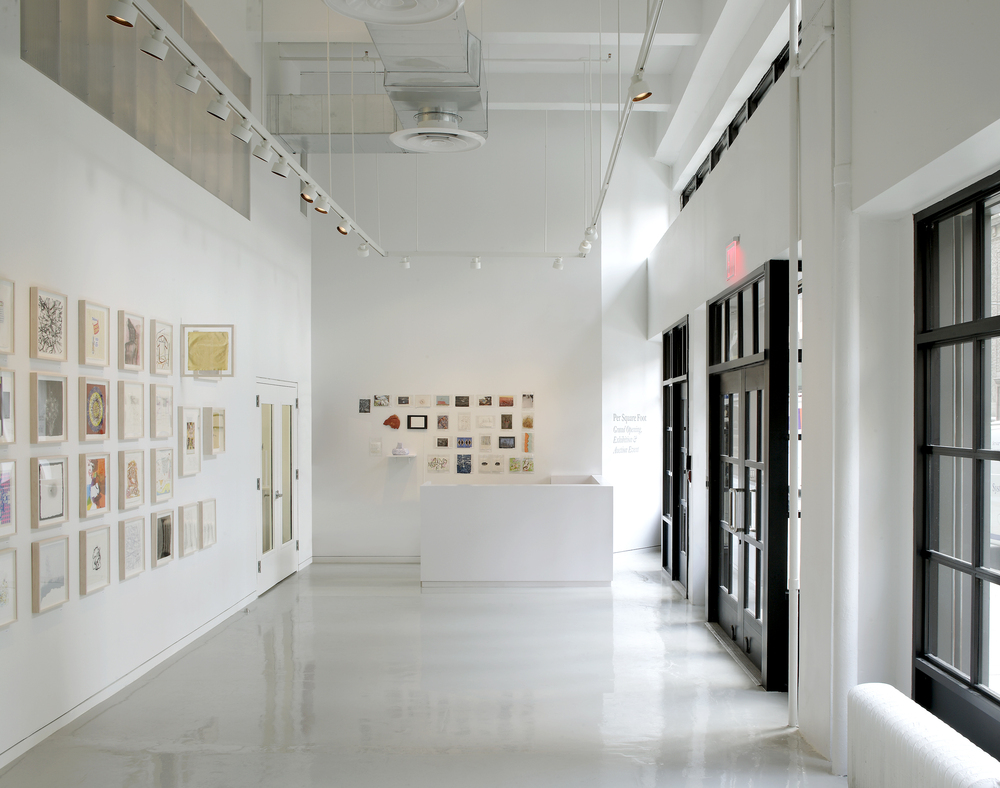